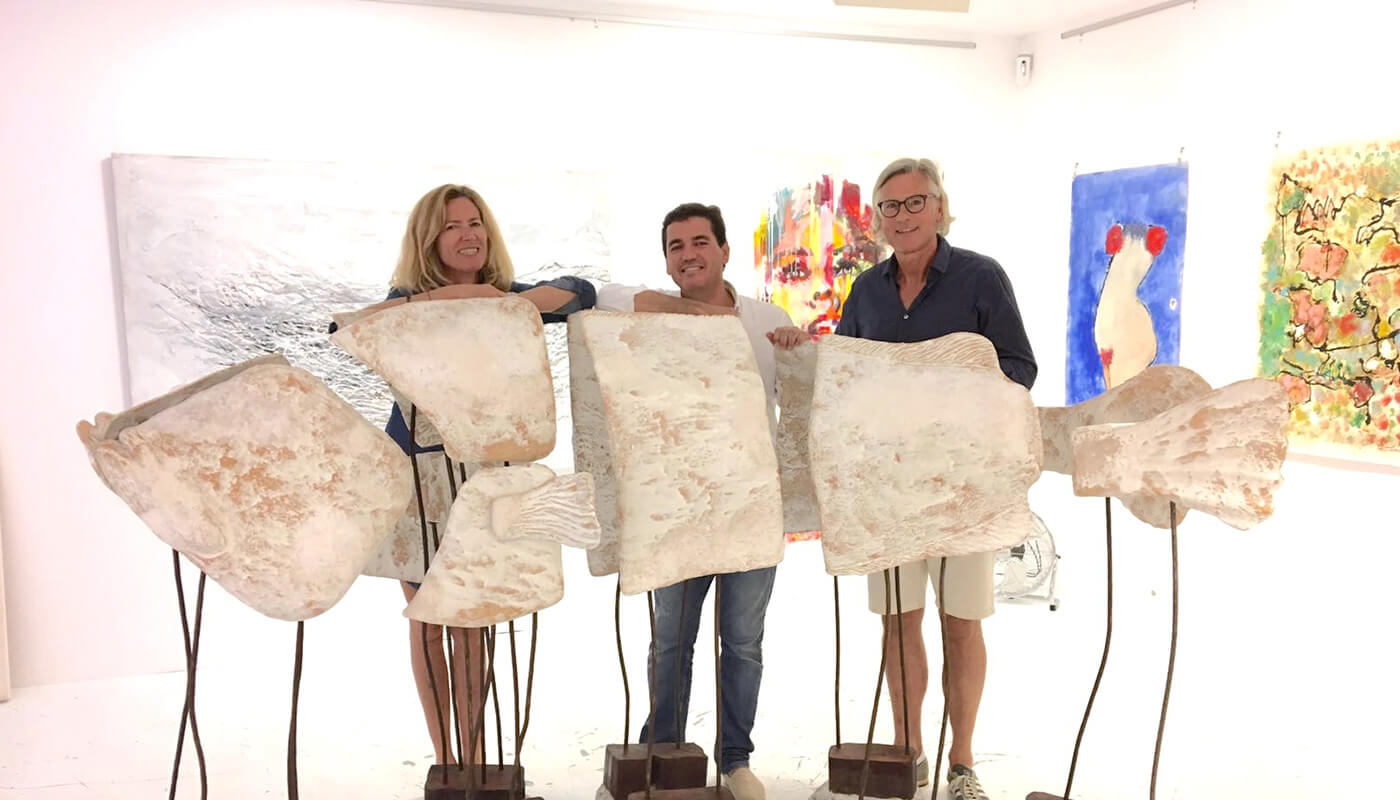 During the months of July, August and September, he presents his “Solitario” in Palma de Mallorca, a spectacular piece of strong Mediterranean inspiration

Palma de Mallorca, July.- The sculptor Pepe Monserrate (Madrid, 1973) landed during the months of July, August and September with one of his most recognized works in the Mallorcan gallery Ahoy Art Gallery, which during the last years has been characterized by presenting the most groundbreaking production of contemporary national and international artists in their galleries of Port Adriano and Palma de Mallorca.

Thus, the new “force of Spanish art”, as presented by the Esquire in its January 2017 issue, becomes part of the select artist club that integrates the list of this gallery, amongst the world-renowned Domingo Zapata, the Mallorcan painter Salva Ginard, the German photographer Gunter Sachs, the Brazilian Romero Britto and the Spanish actor Jordi Molla.

Monserrate appears in Palma after the shocking and fast success of criticism and sales harvested during the last year with his three exhibitions in Ibiza and London, where he came with a wide sample of sculptures of strong Mediterranean inspiration.

The work of Monserrate is a constant reflection on the Individual with the Mediterranean Sea in the background. “The sea as an infinite field to express our deepest emotions, desires, passions and fears. And the Mediterranean as a framework that allows to delve into the deepest and most archaic roots of each individual. Cradle of western civilization, bridge to the East, symbol of creativity, the search for meaning of life and wisdom … is a vast source for framing stories, elevating concepts and building emotions” says Monserrate.

The artist presents a new version of his sculpture “Solitario”, his most recognized work, and symbol for the author of resilience, power and calm. The work represents a 3 meter long grouper, consisting of 14 pieces anchored with undulating iron bars that evoke the Mediterranean Posidonia algae, and which have been treated in a long process with salts and fire.

The separation of the pieces and their two faces make the work tremendously versatile. The light, the game of separation between the parts and the possibility of changing its direction in an individualized way endows the work with endless possibilities.

Ahoy Art Gallery follows an exhibition line very focused on contemporary art and meets two main criteria: the cosmopolitanism of his proposals, which leads them to work with artists of international renown, and the complete connection with the personal taste of his two owners, Renate and Michael Pentzien. In addition, it combines a very dynamic vision of art, which translates into the incorporation of novelties every week in its two galleries.

“It’s a privilege to present my work in Mallorca and do it by the hand of the AHOY! Art Gallery Mallorca is a wonderful and inexhaustible source of Mediterranean inspiration. I feel at home. And it is a luxury that it has been the Ahoy Art Gallery who has made it possible. Their catalog of artists is brilliant, which has earned them a well-deserved recognition by the world of art and the market” says Monserrate.

west
From Ahoy Gallery Renate and Michael Pentzien both express their appreciation for Pepe Montserrate and his art: “Not only is his work a statement of our human heritage and a connection to nature and most importantly to the sea. Pepe Montserrate is a wonderful character - open hearted and open minded this artist expresses his respect and admiration for nature, history, our ancestors and evolution. The materials he uses are carefully selected to bring to life a collection of art pieces which are statements of the past, the present and the future. We value his art and his honest character very highly and are proud to represent him as a sculptor to our international clientele.“ 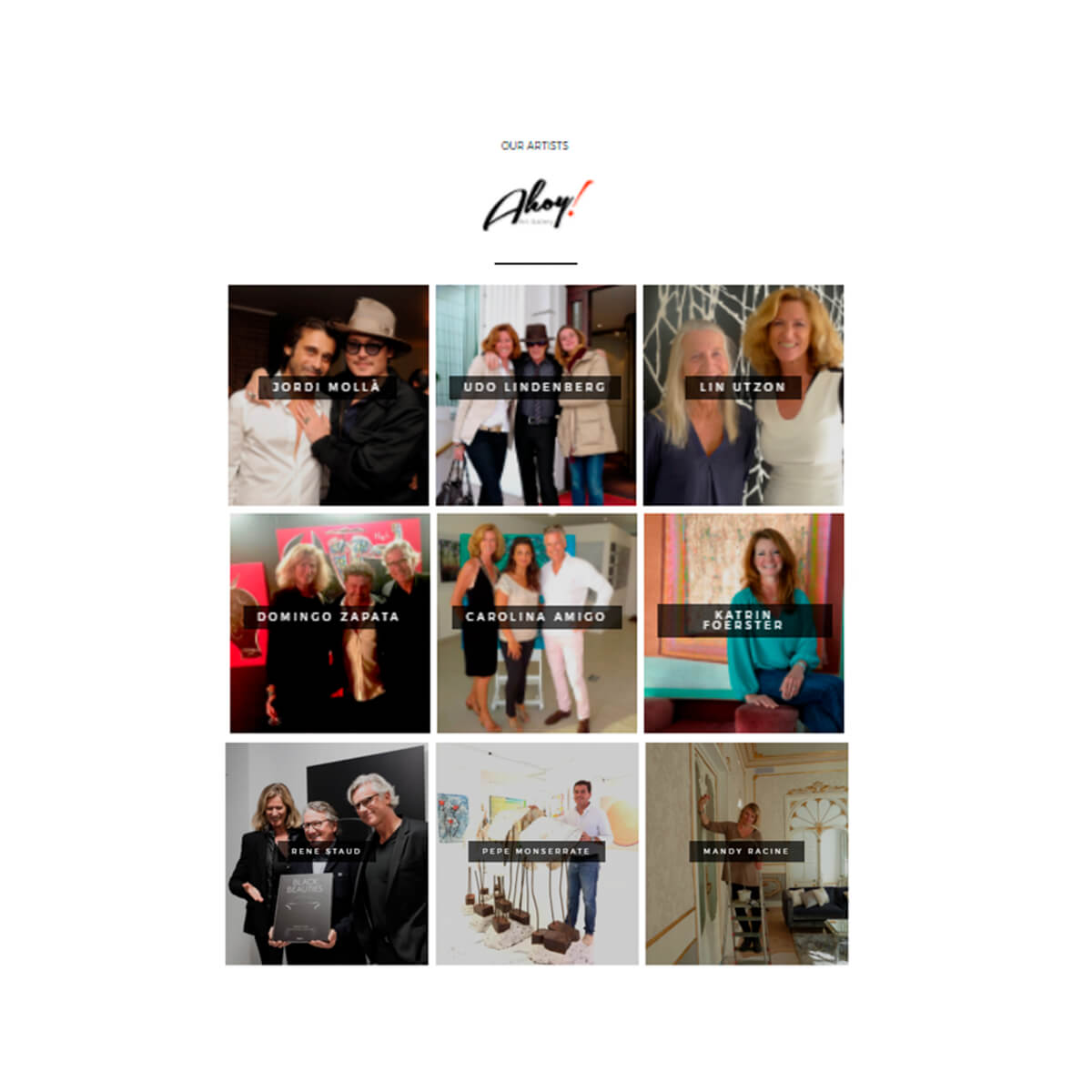